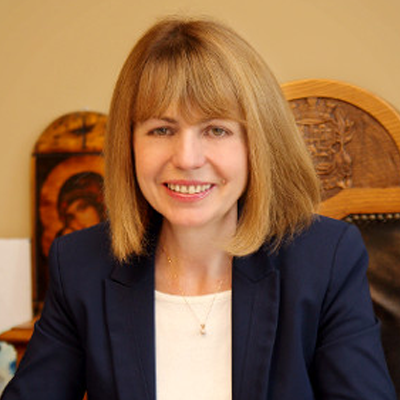 Yordanka Fandakova is a Bulgarian teacher and politician from GERB. She is Deputy Mayor of Sofia Municipality (2005-2009) and Minister of Education, Youth and Science (2009). On November 15, 2009, she won the mayoral election in Sofia Municipality and was sworn in as mayor on November 23, 2009, making her the first woman to hold the post. The longest-serving mayor of Sofia.

Yordanka Fandakova was born on April 12, 1962 in Samokov. During her primary education she became interested in sports. She graduated from the 35th Russian Language High School “Dobri Voynikov” in Sofia and Sofia University “St. Kliment Ohridski ”with a degree in Russian Philology. After that she worked as a teacher (since 1985) and director (since 1998) at the 73rd Vladislav Gramatik Secondary School in Sofia.

In September 2009, GERB announced Fandakova’s candidacy for mayor of Sofia Municipality. She won the election with 67% of the vote.

At the end of August 2011,s he announced her candidacy for a new term as mayor of Sofia Municipality in the upcoming local elections. On October 23, 2011, Yordanka Fandakova won the mayoral election in Sofia.

In October 2015 he won the elections for mayor of Sofia for the third time, again in the first round, in percentages – 60.17%.

Yordanka Fandakova is married to pediatrician Yuri Fandakov. They have one daughter. And two grandchildren.