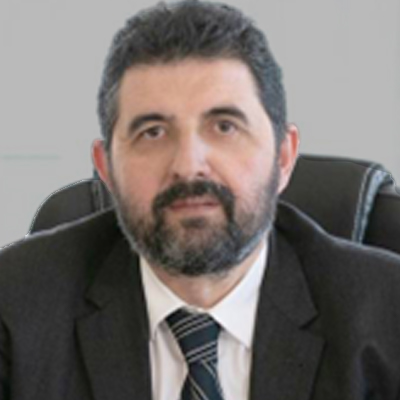 Thanasis Kottaras was born in Diasella, in Ilia Prefecture, in 1973. He holds a Bachelor’s degree in Economics from the School of Economics, Business and International Studies of the University of Piraeus and a Master’s degree in International Political Economy from the Department of Political Science and International Relations of the University of the Peloponnese. Currently, he is Deputy Chief Executive Officer of the Hellenic Railways Organization (OSE), a position he has since 2020. He has served on the Board of Directors of the Development and Tourism Promotion Company of the Municipality of Athens (2014-2017) and has also been the Office Director of the Minister of Education and Religious Affairs (2009) and the Office Director of the Minister of Tourism (2007-2008). He has been working at the Athens Chamber of Commerce and Industry since 2005. Previous work experience includes positions at the Accounting Department of the Bank of Commerce, at the Olympic Airways and ETBA. He has also co-founded a consulting company and has served on the Board of Directors of companies in the Food and the Services industries. He speaks English and French.