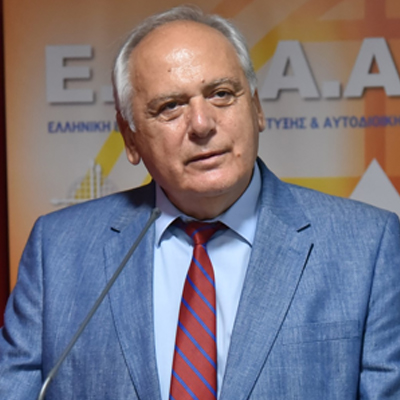 Currently, he serves as the C.E.O. of the Greek Company for local governance and local development, a body included within the General Governance.

He developed significant business practices in the Sectors of Tourism and Education. In the Politics Sector, he was mostly engaged in the field of development in a Local, Peripheral, National and European Level.

He has been promoted and served in positions coming with high and crucial responsibilities not only in a domestic level within Greece, but also within the European Union, such as:

Positions in a domestic Level – Greece:

Positions in the E.U.