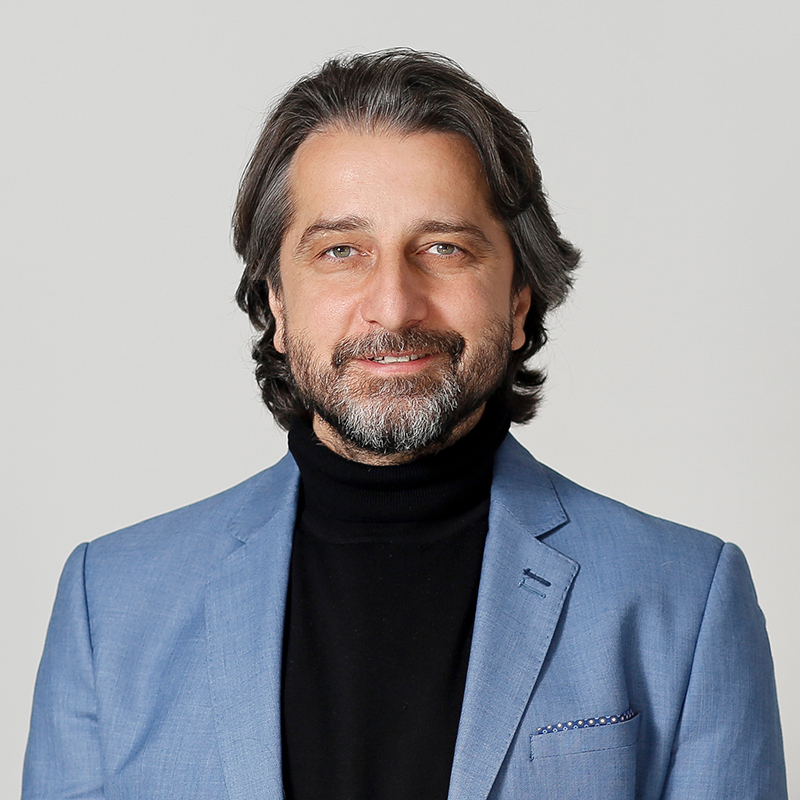 Përparim Rama was born in Prishtina on January 20, 1976. His father, Kadrush Rama was a well-known Albanian painter, and his mother Nazmije Rama worked as an educator.

At the age of sixteen, Përparim Rama moved to Great Britain and was granted asylum due to the aggravated political situation in his homeland.

He initially worked as a consultant at London Southampton Airport. He also has experience as a mentor in the School of Architecture at the University of Nottingham and has supervised Doctorate Candidates in Generative Architecture and SMART building design in the MA and PHD program at the SmartLab Media Institute.

In 2012, at the Venice Biennale of Architecture, Rama represented Kosovo for the first time in history with the ‘Filigree Maker’ Pavilion, which was positively welcomed by the international media.

Rama was a consultant to the National Research Fund of the State of Qatar on the country’s current and future urban and architectural projects. He is also the leader of the master plan project team for the development of a 10 hectares sustainable village in Dhërmi, southeast coast of Albania. Përparim Rama was a specialist advisor for the development of spatial planning tools and architecture in the municipalities of Newham Council and Tower Hamlets in London. He has led the drafting of the regulatory plan for Kosovo’s capital, Prishtina. He is a periodic advisor/critic at the University of East London and a Periodic Critic at the Architectural Association of the United Kingdom.

He is also known for his involvement in the spatial planning of the 2012 London Olympics, for engaging in building the vision of Doha, the capital of Qatar, for major projects in New York, Dublin, Basel, Prague and Damascus, Syria.

He is the winner of the most prestigious award in the world for designing coffee places in the “World Interior News” competition within the Saatchi gallery in 2013.

Përparim Rama was elected Mayor of Prishtina in the 2021 mayoral elections and is currently serving as Mayor.