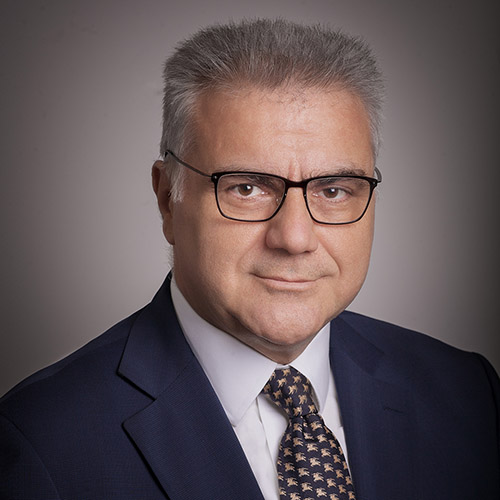 Michael E. Economakis is the Executive Chairman of the Board of Directors of Petros Petropoulos Group of Companies, a Conglomerate that operates in automotive sector, listed in A.S.E.

For a decade he served as the Executive vice Chairman and CEO of A.G.Leventis Group (Nig.) Plc, a Conglomerate listed at N. S. E., with operations in Automotive, Logistics, Food, Real Estate, Retail.

He started his career in Coca-Cola Hellenic, he steadily progressed into broader and more senior roles within CCH, appointed Commercial Director and Country GM in various operations of CCH, as well as CEO of its subsidiaries in Greece and other countries. He was also CEO of a listed group of companies operating in food sector.

In addition, Michael is Chairman of the Board of Directors of Greek-Nigerian Chamber of Commerce and Technology, member of IoD London and founding member of the Advisory Board of Global Thinkers Forum, a London based think tank and ecosystem for excellence in leadership with values.

He is also the Chairman of the Board of Directors of Herrco, the biggest recovery recycling system in Greece, formed by FMCG companies and the Federation of Greek Municipalities.