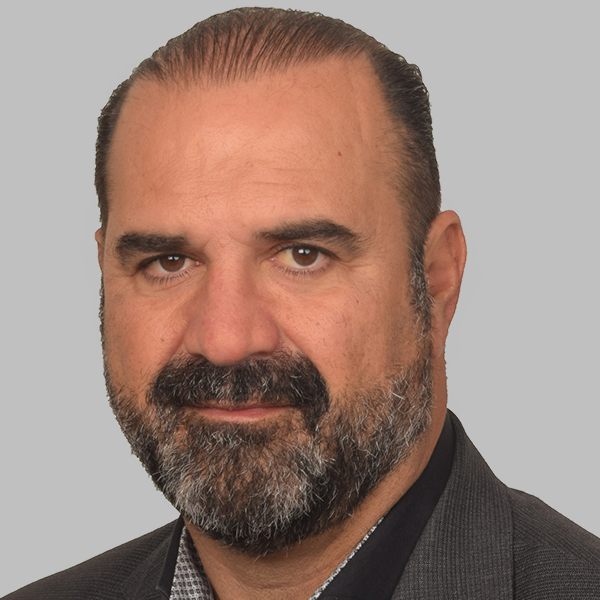 1990 : Graduated from Athens University of Economics.

1989-1990 : He attended seminars in Marketing from the Hellenic Chamber of  Industry.

1992 : He holds a Master’s degree in Business Administration (MBA) from University of Stirling, Scotland.

1986 : Alongside with his studies he worked in the accounting department in a company producing wine and vinegar in Athens.

1992  : He worked in the Cyprus radio station «Cyprus Radio Station, LGR» while he was a correspondent in London for the newspapers “Freedom Press” (Sunday edition) and “Victory.”

1993 : Editor of the magazine “Productivity” of the Greek Productivity Centre (ELKEPA).

1995-2002 : He worked for radio station “Planet”, mainly reports to the Ministry of Transport and Communications and Tourism.

1995 : Economic journalist in a morning TV show on channel MEGA.

1989-1998 : He published his personal articles, surveys and reports in various magazines such as (Choice, Public Sector, Journal of Commerce and Industry of Athens, etc.).

2001 : He taught journalism at a private school IVT IVT. He is a member of the Journalists Union of Athens Daily Newspapers (ESIEA) and the International Federation of Journalists.

2006-2009: He was senior editor of the magazine “Tourism & Property” and “Greek Holiday Home” The company was dealing with organizing roadshows promoting Greek tourism and tourism Real estate in Greece and abroad (Russia, Great Britain) and also organized the exhibition Tourism & Property.

2008: He was the presenter and editor of Business & Travel Broadcast channel SBC

Between 1993 and now he works for the newspaper “Investor΄s World”.

Between 2009 and now he also hosts the tv show Tourism Today in channel 9.

2010-today: He owns the company Tourism Today LTD. The company specializes in public relations and lobbying. In the meanwhile the company carries printed versions and has the expertise to perform roadshows abroad.

He is also a consultant at the Hellenic Chamber of Hotels.

Last year the company has undertaken the promotion of high importance tourist projects such as the Atalanti Hills, a project of top priority for the government.

2014-Present : Editor in Chief at tourismtoday.gr