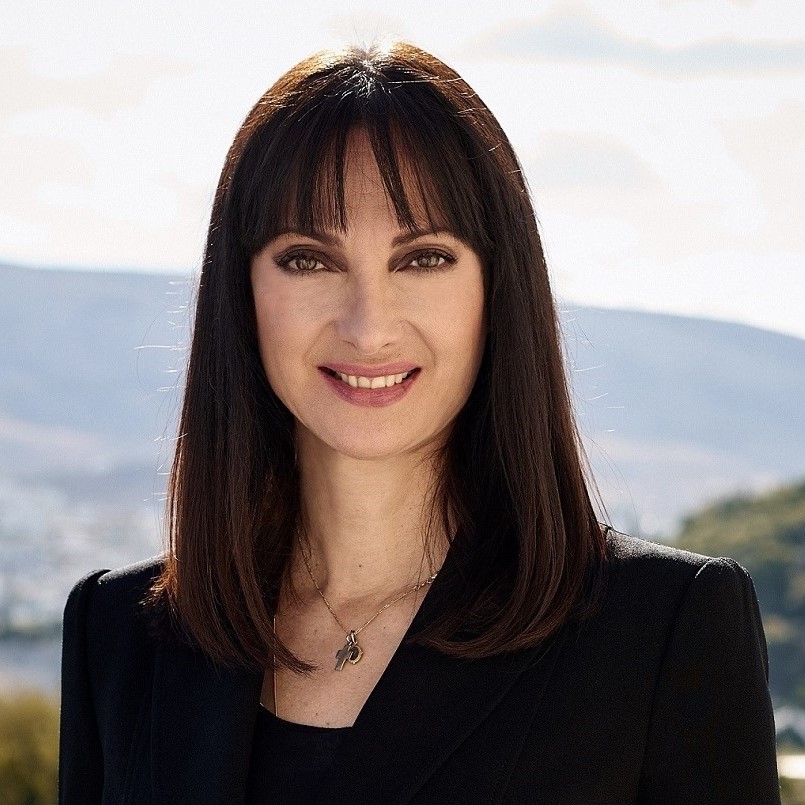 Elena Kountoura is Member of the European Parliament for Greece. She is appointed coordinator of the Left Group at the Transport and Tourism Committee TRAN and member of the Committees on Women’s Rights and Gender Equality  FEMM, Industry Research & Energy ITRE, and Artificial Intelligence AIDA.

Previously, she had served as Minister of Tourism of Greece (2015 – 2019), and was recipient of several prestigious awards, including “Tourism Minister of the Year 2019” in ITB Berlin, and “Global Champion 2019” for Destination Stewardship, by the World Travel & Tourism Council, WTTC.

Elena Kountoura is also President of Europa Donna Hellas, the Greek Branch of the European Coalition for Breast Cancer Europa Donna, advocating for the prevention and awareness of breast cancer, and for claiming rights to better services for patients with cancer.