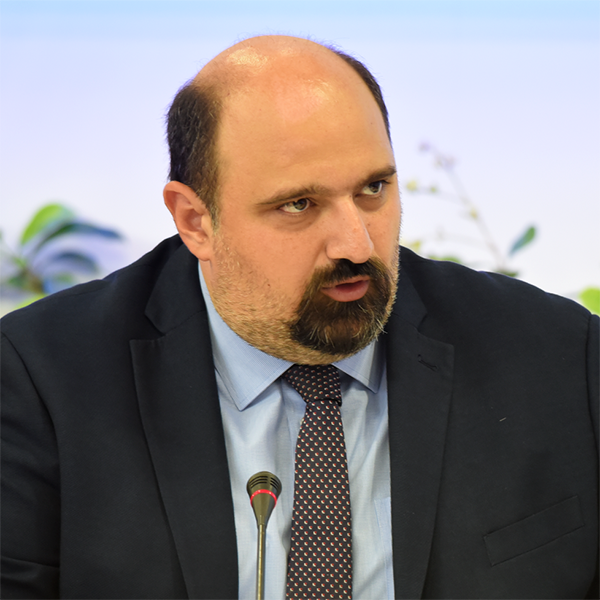 Dr Christos Triantopoulos is the Deputy Minister to the Prime Minister for State Aid and Natural Disaster Recovery. He also serves as Chairman of the Audit Committee of the European Investment Bank. He studied Economics in the University of Crete and he completed his Master Degree in European and International Studies at the University of Athens. He holds a PhD in Comparative Political Economy (Athens University of Economics and Business). From 2014 to 2019 he was a Research Fellow at the Centre of Planning and Economic Research, specialized on financial system supervision and regulation. During his research activity, he published numerous reports and papers in scientific journals and he contributed to Greek and foreign collective works. He taught economics and fiscal policy in the University of Thessaly, the Technological Educational Institute of Peloponnese and the National School of Public Administration and Local Government. Moreover, he was employed as Scientific Associate for Economic Affairs in the Hellenic Parliament and the Hellenic Fiscal Council, Advisor in the General Accounting Office of the Ministry of Finance, and in the Ministry of Economy, Infrastructure, Shipping and Tourism. From 2019 to 2021 he served as General Secretary of Economic Policy in the Ministry of Finance.