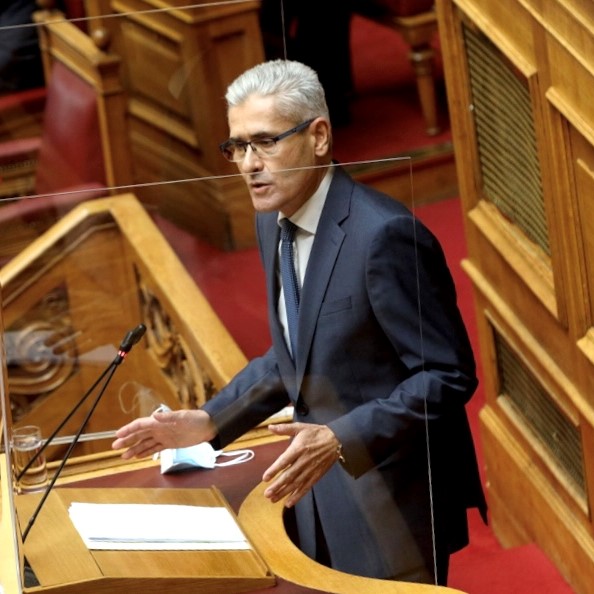 On July 7, 2019, Angelos Tsigris was elected first in votes as a New Democracy MP in the Prefecture of Achaia.

He was born in 1966 in Aigio and is a lawyer at the Areio Pago. He studied Law at the Democritus University of Thrace, Sociology at the Panteion University and did doctoral and post-doctoral studies in Criminology. He teaches Criminology and Anti-Crime Policy in Greece and Cyprus.

He is the author of fourteen (14) books and dozens of legal studies and articles that have been published in reputable scientific journals in Greece and abroad.

He was also a special advisor to the Department of Justice on Penitentiary Policy issues, an unpaid scientific associate of the House Interpartisan Standing Committee on the Examination of the Penitentiary System, vice-chairman of the National Anti-Crime Policy Planning Group and scientific officer of the Anti-Trafficking Group People of the Ministry of Citizen Protection.