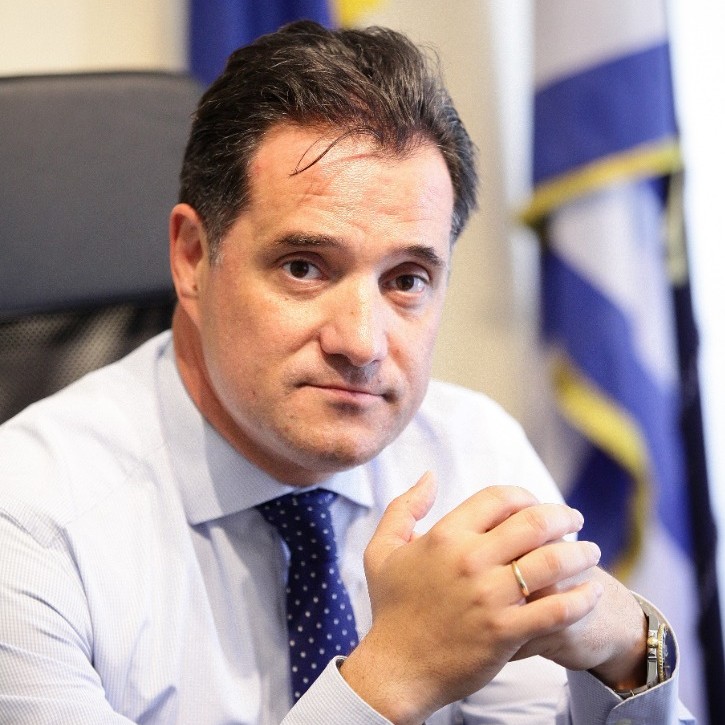 Adonis Georgiadis was born on November 6th, 1972, in Athens.

He graduated from the Faculty of History & Archaeology of the School
of Philosophy of the National & Kapodistrian University of Athens.

In 1993, he took over the management of publications ‘GEORGIADISLIBRARY OF GREEK’. In 1994, he founded the Liberal Studies Center
“GREEK EDUCATION”.

Elected MP in Athens B region in the elections of 2007 and 2009 with the LAOS political party.

In February 2012, he joined the Nea Demokratia political party, having resigned from the parliamentary office. Elected with Nea Demokratia
in Athens B in the national elections of 2012 and 2015.

On January 18th, 2016, he was appointed one of the two VicePresidents of the Nea Demokratia by decision of Kyriakos Mitsotakis,
the President of Nea Demokratia.

On July 9th, Adonis Georgiadis was appointed as Minister of Develpopment and Investments after the 2019 greek elections.

He is married to Eugenia Manolidou and they have two children, Perseus and Alcaeus